Not yet 18 and fighting for freedom 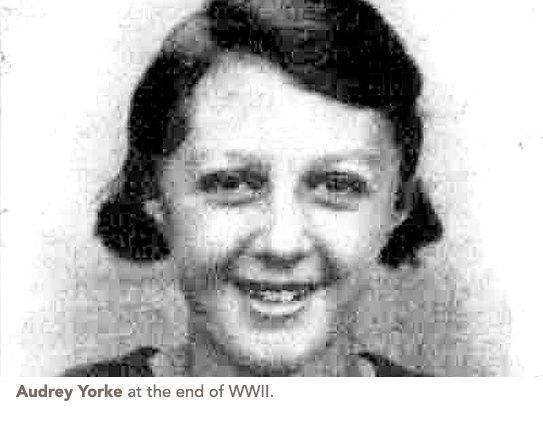 In those days, unless your parents were wealthy and could send you to private school, you left school at age 14.

After working in a dry goods store until I was 16, I went into war work as a radio assembler for ships. A very interesting job, although I had to ride my bicycle six miles each way in the blackout during the winter. Only a small light was allowed on bicycles and there were no buses running when I needed one.

At the age of 17 ½, I decided I would join the army, the A.T.S., (Auxiliary Territorial Service) and had to get my parent's permission. My Dad said to me "You've made your bed my girl, now you have to sleep in it."

I joined the training camp in December 1941. After a couple of months, I was sent to one of the two largest Army Camps in England, near Aldershot. I was put into an office, given a typewriter and told to go to it, even though I had never used one before.

Our camp was part of several. One was the 5th Canadian Division Signal Corps, which is where I met my first husband. We were both moved to other locations, me to the other largest Army Camp in Yorkshire.

We managed to see one another at my parents’ home, on leave, usually for two weeks. Doug was shipped to Sicily, and then Italy, where he was wounded and shipped back to England in the spring of 1945, to the 11th Canadian General Hospital. Afraid that I might not be there when he came back from Canada, after the war ended, he asked me to marry him, which I did in March 1945. 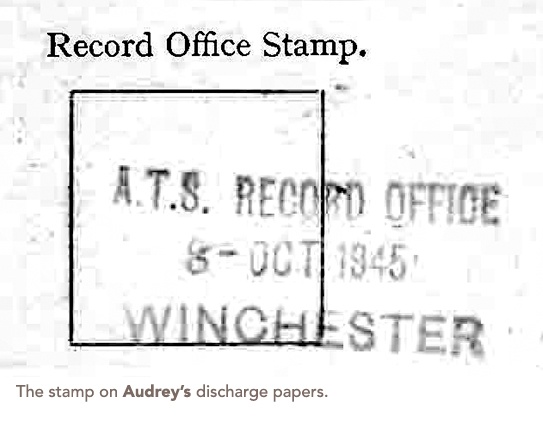 He was brought to the Catholic Church by ambulance, and taken into the vestry at Slough, Buckinghamshire, on a stretcher in his pyjamas and housecoat. He insisted on standing for the marriage ceremony and walking out afterwards, back to the ambulance.

Two days later, he was sent home to Canada. I was still in the army until November 1945. War brides had to wait for transportation longer than those with children. I arrived in Vancouver in April 1946. My husband was still in Shaughnessy Veteran's Hospital, and was given permission to leave there for a month when I arrived. When he went beck for his check-up, they discovered that he had developed T.B. That was May 1946, and he died early August. Four weeks was all we had together.

Because of the food shortages still in effect in England, I decided to stay for at least a year.

Then one evening I met Ken at the Aristocratic Hamburgers, where he was a car hop, and to make a long story short, we have been married 58 years in October.

The only regret I have is that my parents only got to see their grandchildren once, when they spent a year with us in 1958.

My best friend, Adrienne Gayton, whom we met while we lived in Nelson, B.C., was one of the original members of Chapter A.F., Vancouver. I was invited to join in 1977, and I must admit it was one of the best decisions I've made to accept that invite. I've met so many wonderful ladies and have enjoyed all of our craft sessions, Christmas sales, and B.I.L. parties.

Thank you so much.

Audrey Yorke is a resident at Pacifica Retirement Residence in Surrey.

Looking for ideas to celebrate Mother’s Day at a distance? We’ve compiled a few ideas to help ensure this Mother’s Day is special.
In: British Columbia
END_OF_DOCUMENT_TOKEN_TO_BE_REPLACED

Each month, we take a moment to recognize some of the outstanding team members who work with us. Thank you all for the work you do each day.
In: Stories from our Team
END_OF_DOCUMENT_TOKEN_TO_BE_REPLACED