When award-winning filmmaker Wim Roozeboom moved into Pacifica Retirement Residence at the age of 93, there was still some space in his trophy cabinet for another crowning achievement.

Not the same old story 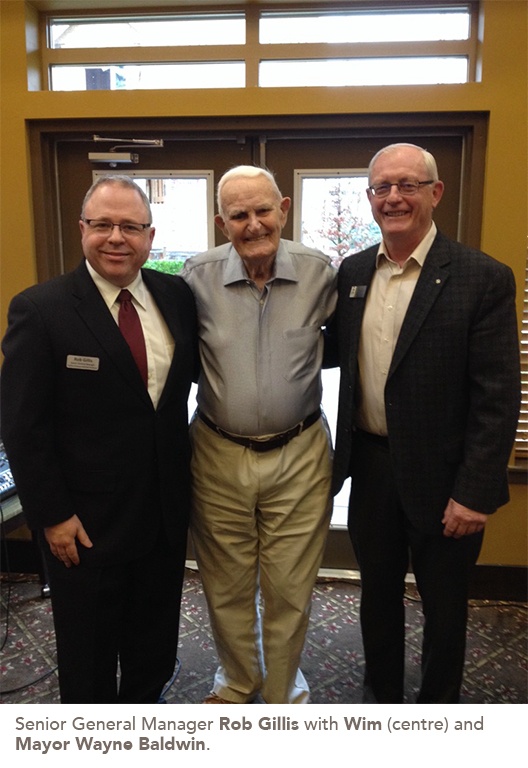 When award-winning filmmaker Wim Roozeboom moved into Pacifica Retirement Residence at the age of 93, there was still some space in his trophy cabinet for another crowning achievement.

Having had a 50-year career making documentaries, it seemed natural to apply his skills interviewing fellow residents at three of Sienna’s retirement residences in British Columbia: Pacifica, Peninsula, and Astoria. These interviews turned into a collection of memoirs, which under Wim’s direction and keen sense of good story, became a published book: Welcome to Walker Ville—launched on his 95th birthday at Pacifica on February 17.

The official book launch at the retirement residence was standing room only, with the home serving punch, appetizers and cake to residents, team members, community members and local dignitaries.

“All in all it was a fantastic event that I’m sure Wim will cherish for the rest of his life,” said Alysha Belton, a retirement counsellor at Pacifica. She helped organize the book launch that also recognized twenty other residents who contributed their personal stories.

In what was a collaborative effort, residents provided historic photographs and poetry for the book, which recounts a full serving of romance, comedy and tragedy—often as parts of the same story.

To produce it, Wim conducted almost two dozen interviews over eighteen months before deciding that the manuscript was ready for publication.

“It was kind of an assimilation program that grew once the residents got interested,” Wim said. “I was hoping to make it a thicker book, but after a year and a half of working on it, I thought I should cut it off and publish it.” 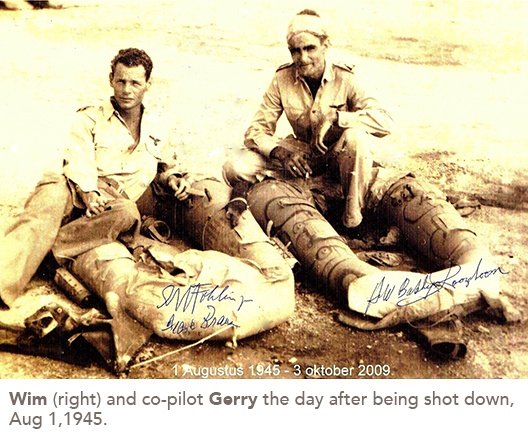 The 255-page book includes a snippet from Wim’s own lifetime of adventures. Born in Holland, Willem or “Wim” as he prefers to be called, immigrated to Alberta with his parents at the age of five, and grew up in Vancouver during the late 1930s. After serving as a pilot during the war, and surviving being shot down off the coast of New Guinea, he returned to Canada and built a successful career as a documentary filmmaker.

His transition to authoring books came about in 2011, at the age of 90, when he published his autobiography Through My Viewfinder about his film assignments. The following year, he published a second book with his wife Marguerite entitled The Camera and the Brush, detailing their prolific careers making films and travelling the world together.

Marguerite, who moved to Pacifica with Wim but sadly passed last year, worked alongside her husband as a commercial artist and film animator. She wrote an early chapter of the book in which she confides that her initial love interest was actually Wim’s brother, who was killed during the war. When Wim returned to Canada after serving overseas, the two fell in love and were married. 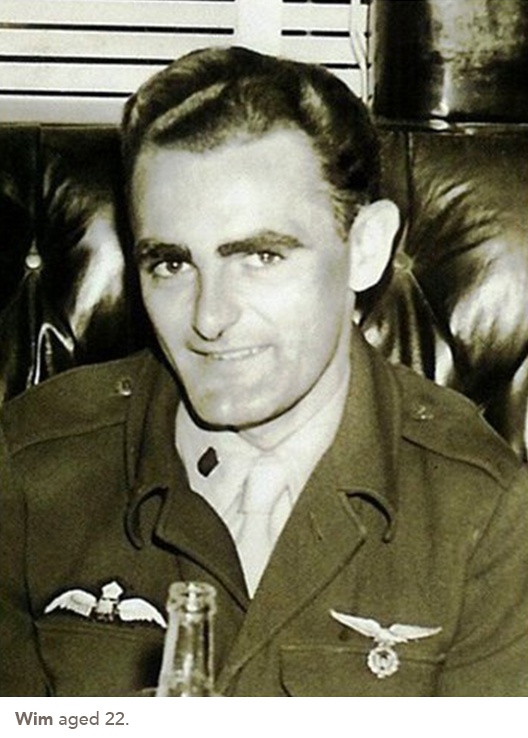 In his accustomed style, Wim is not waiting around to bask in the glory of his latest book, and has already started work on a sequel.

“The book I am writing now is called ‘The Sunset Years,’ and I have two stories completed and two more in the works,” he said with great expectation. “It includes the story of a 90-year-old resident who was a fighter pilot in the German Luftwaffe. He was also shot down, and you will have to read the book for the rest of his story.”

The benefit of Wim writing these books has really been twofold for residents at Pacifica. Wim has been able to continue living fully in the practice of his lifelong passion for storytelling. And through this, other residents have been able to share their personal stories, poetry and photos in a published book, as well as participate in an important life review process.

It’s a win-win, especially with sales of the book selling out at the launch party. During the ceremony, the Mayor of White Rock presented Wim with a birthday certificate from Prime Minister Justin Trudeau; and the Queen of England sent an acknowledgement for his birthday, his book, and his contribution to the Canadian film industry.

Next Post
Could you go a round with Chick Norris?

Looking for ideas to celebrate Mother’s Day at a distance? We’ve compiled a few ideas to help ensure this Mother’s Day is special.
In: British Columbia
END_OF_DOCUMENT_TOKEN_TO_BE_REPLACED

Each month, we take a moment to recognize some of the outstanding team members who work with us. Thank you all for the work you do each day.
In: Stories from our Team
END_OF_DOCUMENT_TOKEN_TO_BE_REPLACED