Four residents offer a Remembrance Day voice on their experiences and life lessons during and after the Second World War.

Lives Lived through War and Peace

Four residents offer a Remembrance Day voice on their experiences and life lessons during and after the Second World War. 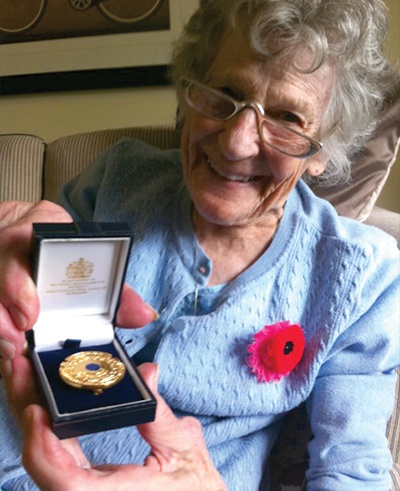 ”I always liked jigsaw puzzles, and that’s what Bletchley Park was—an enormous jigsaw puzzle. I was really nothing but a speck in the system. But every speck was important because even the smallest piece of a puzzle brings the whole thing together.”

Nancy was a Canadian “Wren” with the Women’s Royal Naval Service, drafted to Bletchley Park in England during the war to help break the Enigma code. This historical breakthrough, portrayed in the 2014 film The Imitation Game, is believed to have ended the war up to four years earlier and saved millions of lives. She is pictured here in her suite at Cedarvale Lodge Retirement and Care Community in Keswick Ontario, holding her medal from the Queen of England. 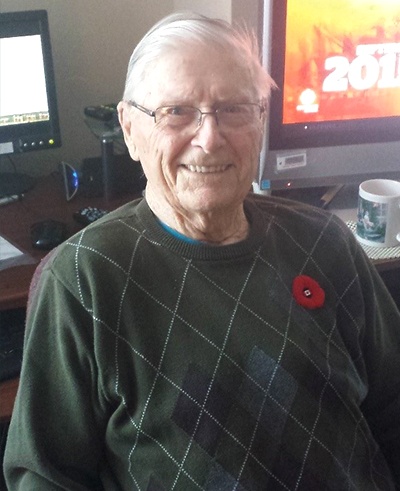 “My experiences during the war turned me into a man. I became more considerate of others because I had to trust and rely on others. We were all in it together. I’m glad it ended when it did.”

Jack was a British aircraft electrician during the war. He served overseas for five years, and was able to use his military training to become a civilian tactical electrical engineer afterwards. He is a resident of Lincoln Park Retirement Residence in Grimsby Ontario.

“Enjoy life. I’m blessed to have had a great family after all is said and done.”

Fred was a Canadian aircraft electrician during the war, drafted to England in 1943. He was part of the D-Day landings and served with the occupation forces in Germany in 1946. He is a resident of Lincoln Park Retirement Residence in Grimsby Ontario. 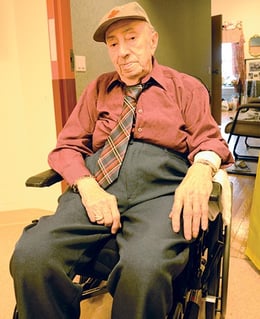 “Canada is the best country in the world, where a Jew can live free and be respected.”

Sam was imprisoned in several Nazi concentration camps of central Europe during the war, including Auschwitz. He was liberated by US forces in 1945, and evacuated to Sweden, where he lived for seven years before emigrating to Canada in 1952. He is a resident of Langstaff Square Care Community in Richmond Hill Ontario.

The Sailor Who Couldn’t Swim

Staring up at the bottom of the ship, which floated 50 feet above him, Leading Seaman Bernie Heasler really wished he knew how to swim.
In: Veteran Stories
END_OF_DOCUMENT_TOKEN_TO_BE_REPLACED

Autobiography by Bill Hutcherson, who first attempted to join the Royal Canadian Navy when he was only 16 years old.
In: Veteran Stories
END_OF_DOCUMENT_TOKEN_TO_BE_REPLACED

When Hell Freezes Over

Sitting as an air gunner on a bombing plane in WWII, it was not uncommon for the open air turrets to reach -40 degrees Celsius. To make matters worse, it was impossible to go use the washroom on these 8-hour flights.
In: Veteran Stories
END_OF_DOCUMENT_TOKEN_TO_BE_REPLACED