The warmth of human connection is about more than building a happy home. For our residences in B.C., that means coming together whenever possible. 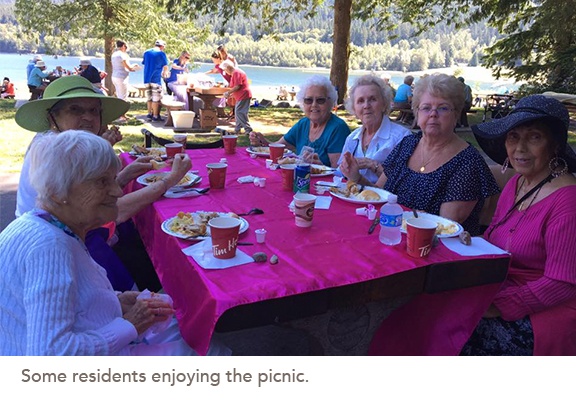 Sandy beaches, Christmas trees and Holiday choirs all have one thing in common: they can be shared with those you care about. Or in this case, with all your neighbours.

At least that’s the philosophy. The Sienna residences in British Columbia have a long tradition of planning activities together, going all the way back to their first Wii bowling tournament in March 2009.

“Most of the residents really like meeting new people,” said Diane Toth, lifestyle consultant at Peninsula Retirement Residence in Surrey. “They’ve built relationships with some of the residents at the other residences, which is great.”

Although the Wii bowling tournament is the longest-living, and most frequent of the activities the residences get together for, it isn’t the only one. Last year they invited each other over to enjoy a choir and view holiday lights, and started an annual picnic.

The residences who attended the picnic pitched in to buy some local fried chicken, coffee and snacks. And while everyone had an amazing time, there was more to the outing than getting some sunshine and swimming in the lake. 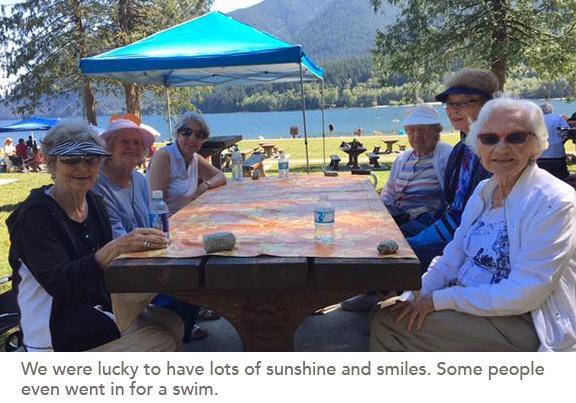 “Some of the residents are there because they want to see someone they know from another residence,” said Sue Bolton, lifestyle consultant at Astoria Retirement Residence in Port Coquitlam. “We feel a sense of excitement when the residents know someone is coming from another residence or they are meeting up… they get excited… When it’s been other sites hosting the bowling tournament half of the attendees will be players, and the others will say, ‘I’m going to watch! I’m going to cheer!’ and they’ve got their t-shirt on and they’ve got their pompoms and they’re ready to go.”

“What we want to create ultimately is a bigger senior’s community, where we can spend time with each other,” said Meghan Burrows, lifestyle consultant at Mayfair Terrace Retirement Residence in Port Coquitlam. Mayfair Terrace is new to the Sienna family, and just participated in their first Wii bowling tournament, but it isn’t the first time they’ve collaborated with another Sienna residence.

Mayfair Terrace and Astoria are right next to one another, and as a result they’re more likely to get together for events. The two got together for their annual Terry Fox run, and are currently planning a BBQ in the spring.

“Residents are excited to meet other residents, new seniors who share the same interests,” Diane said. “A couple of them even saw friends they hadn’t seen for a long time, that they didn’t even know lived at Astoria!”

Residents and team members at Lincoln Park took 10,787 steps, and raised $4,000, in support of the Alzheimer Society of Niagara. One step for each person living with dementia in the Niagara region.
In: Giving Back
END_OF_DOCUMENT_TOKEN_TO_BE_REPLACED

Pickle parties, carnivals, and impromptu kayaking trips are a regular occurrence for residents at Peninsula Retirement Residence. But how does that all come together? Meet Diane Toth, Queen of Fun.
In: Innovative Programs
END_OF_DOCUMENT_TOKEN_TO_BE_REPLACED